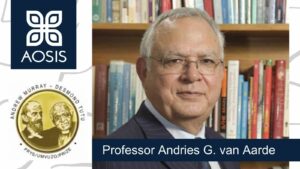 This book is the first of two volumes arguing that kingdom ethics is the core substance of the message of the historical Jesus. Paul and Matthew were influential voices in formative Christianity. Some prominent exegetes have tended to contrast Jesus and Paul, as well as Paul and Matthew. This volume demonstrates that Jesus’ kingdom ethics–based on divine wisdom, mercy and justice–originated in Stoic philosophy, and that it became a popular ethos of the first-century Graeco-Roman world. This common transformative ethos of crossing conventional boundaries regarding patriarchy, gender injustice and bigotry based on class and sexuality was articulated differently by Jesus, Paul and Matthew. The book will appeal to specialists in the fields of New Testament scholarship and ancient Graeco-Roman and Hellenistic-Semitic literature.

Jesus, Paul and Matthew, Volume Two: To and From Jerusalem

This book is the second of two volumes which reflect on the trend in biblical scholarship that contrasts the vision of the historical Jesus with that of the apostle Paul, on the one hand, and the vision of Paul with that of the evangelist Matthew, on the other. It argues that Jesus replaced the concept of ‘politics of holiness’ with that of ‘politics of compassion’. This means that the church as a community of Jesus-followers forms a fictive family, replacing a soteriology grounded in the biological family. God’s adoption of people as God’s children is based on the potential of people to absorb the divine into their humanity. This truism is to be found in the visions shared by the peasant Jesus, the apostle Paul and the rabbi Matthew, as well as in creedal Christianity. The book concludes with autobiographical reflective notes, analogous to the parabolic story of the travellers to Emmaus from Jerusalem (Luke 24) and that of the African eunuch (Acts 8) on his way back from Jerusalem to Africa. The notes serve to consolidate the two volumes on Jesus, Paul and Matthew and their messages of God’s wisdom, justice and mercy.

Andries Van Aarde served as Professor in New Testament Studies at the Faculty of Theology and Religion of the University of Pretoria (South Africa) for 25 years. Subsequently, he was honorary professor from 2009 to 2015 and senior research fellow in the Unit of the Advancement of Scholarship of the University of Pretoria. His current appointment is Senior Research Fellow in the Dean’s office and Researcher in Residence at the Durban University of Technology. He obtained an MA in Semitic Languages and holds three doctorates: DD, PhD and DLitt. Professor Van Aarde is  Commissioning Editor of AOSIS Scholarly Books and, in addition, acts as Editor-in-Chief of the highly rated, and Clarivate Analytics Web of Science (ISI) indexed  journal, HTS Theological Studies. He is a rated scholar of the South African National Research Foundation and has received three awards for academic achievements from the South African Academy of Science, Culture and Arts. He authored the ground-breaking book Fatherless in Galilee: Jesus as Child of God (2001).

About the Andrew Murray-Desmond Tutu Prize

The Andrew Murray-Desmond Tutu Prize has a rich history, dating back to 1987. Read it here.

The Andrew Murray-Desmond Tutu Prize for theological books in an official language of South Africa was won by Andries van Aarde for his two-volume work, Jesus, Paul and Matthew, published by Cambridge Scholars Publications. It is described by the judges as a masterpiece that moves on a theological level of its own. Van Aarde’s work, they say, show a deep commitment to the current debate in New Testament and systematic theology.  It challenges some ways of reading and understanding the Bible, so that the intention and relevance of the gospel becomes clear to present-day circumstances. The work is intense and innovative with sound arguments. It speaks to the judges of an in-depth knowledge of the New Testament. The last chapter of the second volume is of a personal, autobiographical nature. “It seems that in these two books we are dealing with lived-through theology, and that the stigmata of the cross is also not strange to the life of the author.”

← Back to AOSIS News Centre We’re excited to announce the launch of our new website and logo,...
Prof. Refilwe Phaswana-Mafuya, Deputy Vice-Chancellor of Research and Innovation at the... 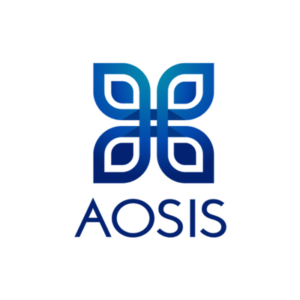 Today we acknowledge Africa Day because serving the people of Africa is our mission. We unlock African knowledge to the World. Read more: https://bit.ly/3sROT0k

In this book, a critical engagement with theological education in Africa is offered: https://bit.ly/3rWKxoh

Meet the editors in this short video: https://bit.ly/3xZFIyj

Stay updated! Subscribe to our monthly newsletter at https://bit.ly/3i3oBT1