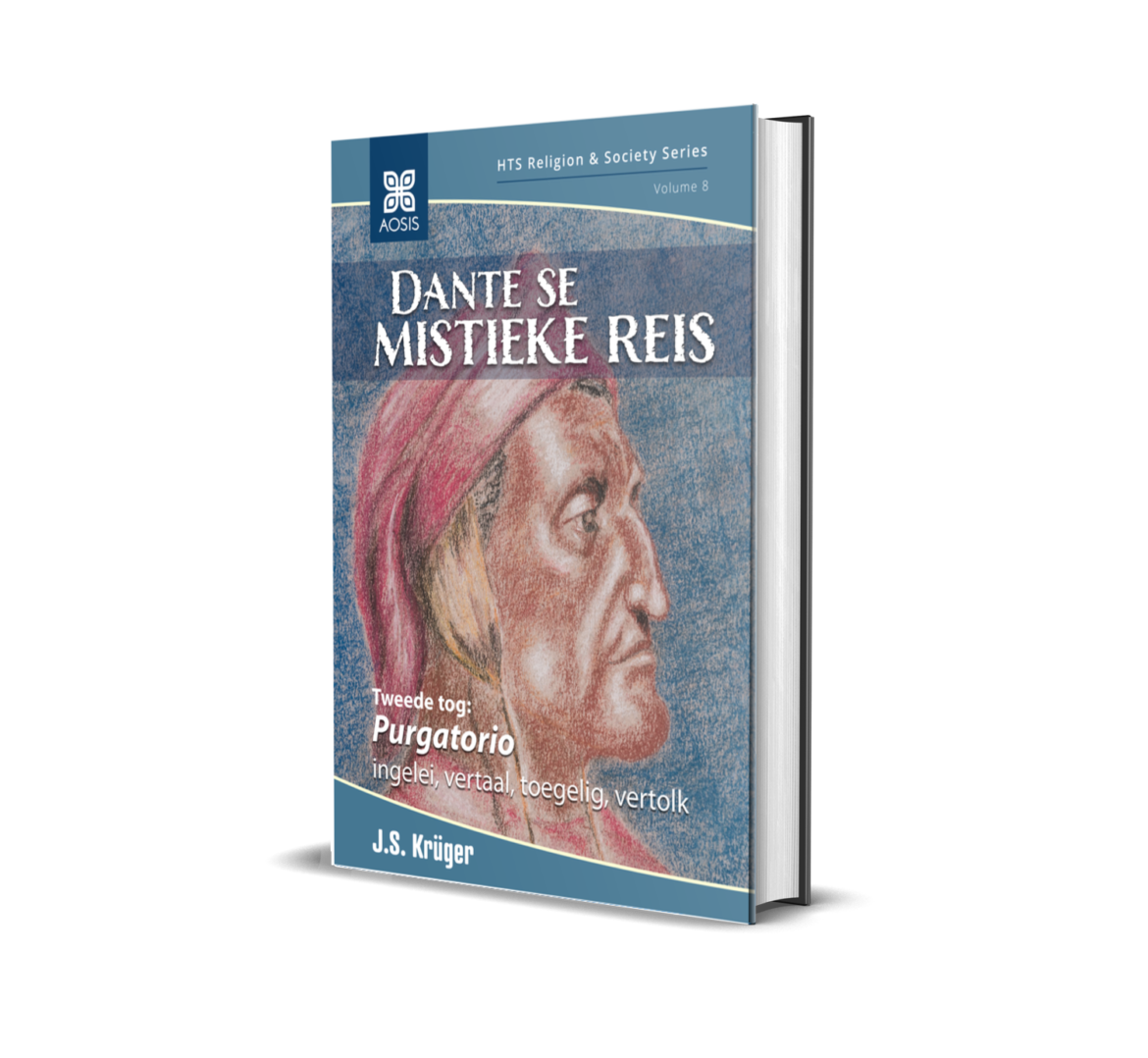 The book wishes to bridge the divide between academic literature and popular culture. This is reflected in its style of presentation.

The purpose of the book is threefold:

1. Provision of an Afrikaans translation of Dante’s Purgatorio from the original Italian, true to Dante’s original intentions, and expressed in idiomatic Afrikaans prose of acceptable aesthetic quality, giving the reader a sense of the beauty and subtlety of Dante’s superb literary achievement.

2. Provision of sufficient historical, linguistic and other important information, enabling readers who are not necessarily specialized in the field, to understand the background, context and intentional structure of the great text. Such information is mainly provided in the general introduction, the introduction to each canto, and the endnotes to each of the 33. However, the introduction and endnotes also contain a considerable degree of interpretation of the author’s subjective intentions and the conditions of the time, in the larger context of the development of the notion of purgatory in the Western Church, and the place of Dante’s work and thinking in the overall historical development of Western Christian theology, which at the time of the poet’s supreme synthesis of classical culture and European Christianity and of Church and State, started to demonstrate symptoms of unraveling and decline.

3. Provision of a wide, inclusive theoretical framework of mysticism, enabling an understanding and appreciation of the tendentional drift of Dante’s achievement towards an ultimate horizon of silence, not necessarily consciously intended by the poet. In that context the third part of the book (the postscript) proceeds with a comparison of Dante’s style and the substance of his thinking, with that of the Theravāda Buddhist master Buddhaghosa. The purpose of this section is to clear a path towards a true pax fidei, beyond mutual indifference or schiedlich-friedlich religious apartheid.